TMEIC Gets a Lift in International Sales from VEDP Trade Services

TMEIC Corporation Americas is a wholly owned subsidiary of a joint venture between Toshiba and Mitsubishi-Electric with U.S. headquarters in Roanoke County. The company engineers and manufactures electric power conversion hardware, large industrial motors, and advanced automation control systems for a wide range of industrial and power generation applications.

TMEIC has utilized VEDP trade services since VEDP first offered to hold in-house trade compliance training sessions for the company starting in 2003. In 2006, support from VEDP during a visit from a high-level Chinese delegation helped the company significantly expand its export of automation control systems to the steel industry in China. The following year, TMEIC joined VEDP’s Virginia Leaders in Export Trade (VALET) program with a focus on expanding its metals technology business in Eastern Europe, India, and South America, ultimately opening multiple facilities in India to help service the market.

One of TMEIC’s current export focuses is automated crane systems for deepwater ports, including ship-to-shore cranes that take containers off of ships, automatic stacking cranes that organize containers on the dock, then load them on to trucks, and widespan gantry cranes used in intermodal facilities to load and unload containers to and from rail cars, bound for their next destination. Systems like TMEIC’s help ports maximize efficiency by optimizing ship-to-shore movement and dockside handling of cargo. Many international ports are still operated manually and consequently often lose out on business to ports that are better equipped to efficiently handle large container loads and the increasingly larger container ships that serve them. 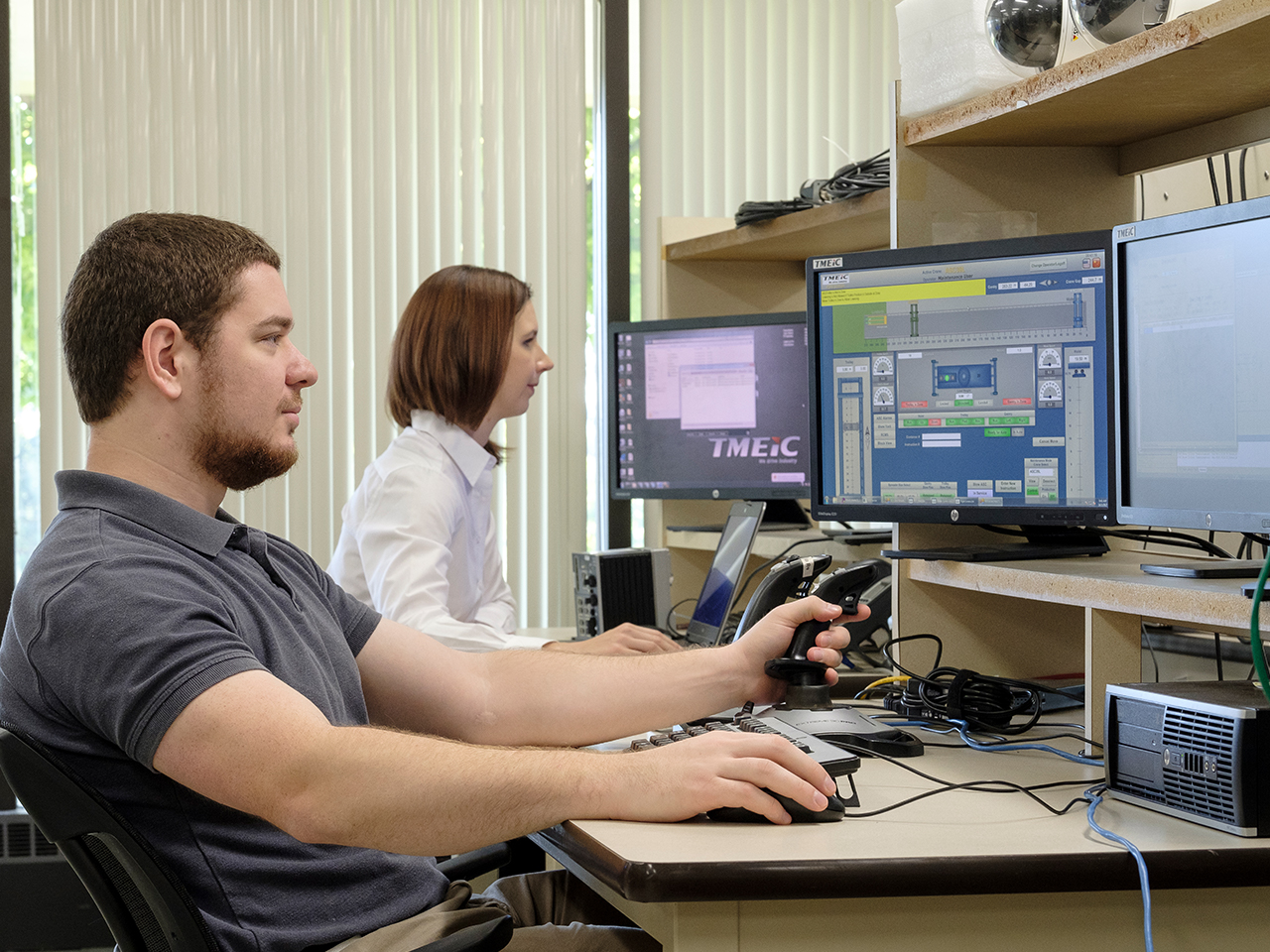 TMEIC has executed more than 10 automated terminals around the world, with every project delivered on time and on budget, helping those ports process larger volumes of shipping containers safely and efficiently and enabling them to compete for more business. One port that has benefited from TMEIC’s automation technology is the Abu Dhabi Terminals in the United Arab Emirates. TMEIC’s technology enables cranes to move more containers per hour, translating to thousands more additional containers moved each day, while enabling labor savings, less downtime, and safer operations.

TMEIC wanted to expand its money- and time-saving technology to other ports in the Middle East, but needed help developing market research reports and making the necessary connections. In many of TMEIC’s target markets, companies and government organizations place a great deal of importance on relationships with American government institutions. Having VEDP’s backing was critical in making headway in those markets.

The company engaged VEDP to help connect them with representatives from other port facilities, using VEDP’s global network of in-country market research experts to prioritize target markets for its products and services. TMEIC also participated in a trade mission to Saudi Arabia, during which VEDP’s trade team connected the company with representatives from three port facilities on the Red Sea, resulting in the opportunity to bid on four new projects.

VEDP International Trade has made a huge difference for us in helping open international markets. The trade missions we have been on have enabled us to make high-level contacts in our industries that we would not have been able to make on our own.

VEDP trade missions and assistance with trade shows have also helped TMEIC expand its footprint in other markets. Missions to Chile and Peru and participation in trade shows in Germany, among other countries, have helped the company enhance its presence in those markets.

TMEIC is now participating in the VALET program for the second time. The company hopes to sell its automation and drives technology to ports around the world, focusing on Southeast Asia and Indonesia, Thailand, and Vietnam in particular.

With VEDP’s assistance, QPI has lined up active distributors in Canada, France, Germany, Japan, Scandinavia, and Australia, while shipping to other countries worldwide with confidence that its brand will be represented properly. The company is now looking to expand into the Middle East.

Reservoir Distillery has manufactured craft bourbons, ryes, and other whiskeys from its Richmond facility since 2008. The company prides itself on locally sourcing its ingredients — all of the grains used in its spirits come from within 45 miles of the distillery, and every whiskey is crafted, aged, and bottled in-house.

The company joined VEDP’s Virginia Leaders in Export Trade (VALET) program in 2020, helping its international sales grow by 300% — and the enhanced focus on exports came at a fortuitous time. Soon after Dilon began the program, the U.S. market went into a downturn due to the COVID-19 pandemic, while international markets kept growing, helping protect the company from the ups and downs of the domestic market.